Why we should let Muslims wear Hijabs in Nigeria

“I wish to join the ongoing conversation about the rights of women to wear hijabs in Nigeria. Sometimes I wonder why this kind of things get so much vibes. Why are we so concerned when we are being divided along tribal or religious lines? Someone was not called to bar because she chose to wear hijab, but Why? Before you crucify me for my point of view, “read finish, ehn”?”

I wish to join the ongoing conversation about the rights of women to wear hijabs in Nigeria. Sometimes I wonder why this kind of things get so much vibes. Why are we so concerned when we are being divided along tribal or religious lines? Someone was not called to bar because she chose to wear hijab, but Why? Before you crucify me for my point of view, 'read finish, ehn'?

'Biko', Let this people wear hijab! What is wrong in someone dressing just the way they wish? Apart from fact that the constitution allows that kind of freedom, what manner of people would be opposed to people dressing 'modestly'?

Forget sentiments, there's nothing bad in wearing hijab. Why can't students wear hijab to school; any school? Why can't lawyers and judges do the same? The freedom should be extended to the military as well: people should be allowed to wear whatever they wish to war!

Denying people their right to wear whatever they wish is cruel. Just because people don't share our culture or religion doesn't mean that we shouldn't be open to allow them also express themselves. After all, our society allows freedom of religion. What's a freedom of religion if it also opposes some of the modest dictates of it.

Islamic religion requires women to dress modestly and one of the ways to depict a modest dressing in women in Arab (where Islam came from) is wearing a hijab. Why then should we deny people to dress in a manner stipulated by their religion?

Justice is when everyone gets what rightly belongs to them: the way of life, the material things and the likes. No one should be denied justice.

But it's injustice to also fight just for womens hijab alone, we should all join the global fight against injustice in the area of freedom of expression. Sometimes when we add sentiments to our causes, what we get is partial justice; and partial justice in itself is injustice.

Islam is not a lone religion, same way Christianity is just one out of thousands (or millions?) of religions worldwide. We should seek that all religions be accorded the same freedom as any of the big ones. By the way, individuals should be allowed to start their own religion and ideologies and such should also be accomodated

Yeah, so if tomorrow I decide to invent my own religion and say in my religion, everyone must go shirtless on a Monday morning; nothing should stop me from doing that. Some churches have doctrines that forbids women from wearing trousers, my own religion can dictates we wear masks. We should all have an equal chance of inclusion.

But today in the face of human right activism, we fight for a sections right and forget the rights of the other sections. The gay rights activist want a world where there is no gender, with an argument that they can't conform with the existing system. And there's nothing wrong with seeking for inclusion for seemingly marginalized sections, but what about the rights of the other sections? Whenever we are seeking equality, let's look at all sides and the bigger picture.

In this case, a system that accommodates everyone is not one that allows people to wear their religion regalia to wherever they want. Not a system that allows celestial white gown and hijabs. It is however a system that breaks all boundaries of uniformity albeit, globally. No uniforms for student, lawyers, judges and military. We can all wear whatever our culture, religion or sanity permits. Now that's justice - the kind of justice ideal for a 'freedom of expression' scenario.

And it must be a global fight. I think it is hypocritical for Islam to advocate for their dress code in other countries when majorly Islamic countries don't allow other religions to dress the way they want. In Saudi Arabia and Iran for instance, a woman can and will go to jail for not wearing a hijab. Islamic dress code is enshrined in their laws, yet they keep supporting causes that allows breaking dress uniformity in other countries.

Saudi Arabia, Iran and some other societies where islam came from won't allow my future wife to wear 'Iro' and 'Buba' with 'gele ofi' in their countries; even on the street. But they want to be able to come to my country and wear hijab not only on the street but also in the courtroom. Why?

So this is not justice at all. When we are satisfied to look into a courtroom in Iran and not even see a woman there. That women cannot even have a driver's license in Saudi Arabia. That when you look at a crowded space in Saudi Arabia, all you see is women in hijab - uniforms enshrined by law but you come to a country that may have a better human right statues to enforce a system of your country.

I think this is modern colonialism. The more powerful countries front ideologies and systems that globalises their culture usually at the expense of the local culture. And a modern slave mentality that will make people from a third-world country want to kill themselves over an ideology that emanates from their master.

It's easily proven that the reason the south is flooded with Christians is not because Jesus loved them more. It's simply because it's the religion of their colonial master. The masters that came first brought the religion with them and they forced the religion down their throats through whatever means they deem necessary.

The same thing is evident in the northern part of Nigeria. History teaches about the invasion of Arabs in the north that preaches Islam in place of the inherent traditional idols worshipping. The invasions even extended to Ilorin which was in the West and till today, Ilorin is home to a lot of muslims and it's not because they were favored by Allah, they are simply a victim of a lost war and today their culture is gone. All you see everywhere in Ilorin is hijabs and every other thing Islamic.

So long story short, hijab or no hijab, this war is not meaningful. So far no one in Nigeria will make one naira on tourism for Islamic purposes. So far no matter how talented Nigerian hijab designers are, the best hijabs will still be ones that are imported from Saudi Arabia or United Arab Emirates.

In short, this is a rat race and it's not worth all our energies. This is another ideology that we shouldn't bother the government with. Whether it's wig and gown or hijab and 'jalamia', we will be using our resources to fight another man's wars. So no matter who win, or lose; we've lost.

Why not advocate for Nigerian wears in our schools or court rooms? Oh, we can't... because some of these religions won't allow us go to heaven if we don't wear what we ought to wear. In my opinion, this all is an idea that's robbing our future generation of their true identity. The fact is no matter how much of our citizens wear hijab, we will still remain a 3rd class guest in the Arab world.

And we know there's no religion anywhere, everything is about power, fame, money and influence. But of course for the record in my opinion, there are heavenly bodies that made men their image; the same way men are attempting to make robots with artificial intelligence. And that's a story for another day.

By the way, this is just my opinion. Thanks for reading... what do you think?

Know the Classification of IT Career Paths

The Train - My review and comments on the movie

BVN Scam is not about BVN

Are software developers born or made? 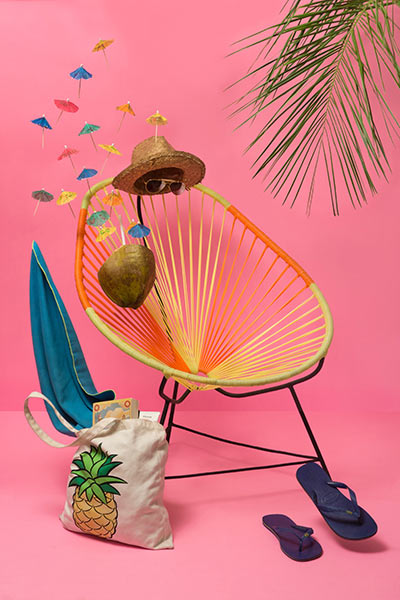 Here is an update on the PageCarton project

“Yahoo Yahoo” and the Situation of Cybercrime in Nigeria

How to safegaurd yourself from wannacry ransomware attack

Know the Classification of IT Career Paths

The Train - My review and comments on the movie

I am 32 and Fabulous